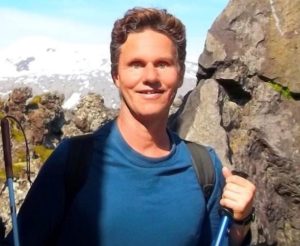 Short description: How do we activate neural plasticity? How do we get the most effective use of touch and sound? How do we challenge everything we think we know? We will explore an adaptation model of blindness based in the science of neural plasticity, perception and action, and developmental psychology to discover how the brain can learn to see when the eyes are not working. The results usher in a revolutionary new era of blindness functioning and capacity that defies traditional thinking, and is consistent with the marvels of the modern age.

Daniel Kish holds Masters in Developmental Psychology and Special Education. He is the first totally blind person known to earn formal certification as an O&M Specialist (1996). He founded World Access for the Blind (WAFTB) in 2000 to help advance freedom of movement and navigation for blind people globally, and to raise public awareness about the real strengths and challenges of blindness. WAFTB has delivered professional development workshops and training to over 2500 blind people and their communities, and well over 10,000 blindness professionals in over 40 countries. Daniel has since served on high level committees to update O&M certification practice and university credentialing in the U.S. WAFTB has been show-cased on nearly every major broadcast network including BBC and Spiegel TV, as well as over 150 top publications including The Smithsonian, National Geographic, and Der Spiegel. Daniel has co-authored over a dozen studies in high profile peer reviewed journals, and published a textbook on FlashSonar and fostering adaptation to blindness by activating brain plasticity. He has presented prolifically, having been voted “talk of the day” at PopTech (2011), and top ten TED speaker (2015). He was made an Ashoka Fellow Change-maker (2017), and selected to keynote on social impact at the U.N. headquarters in Vienna (2018). The work of WAFTB was referenced in the 2018 U.N. flag ship report on disability and world development. When he is not traveling, Daniel lives with his two cats in Long Beach, California.

Morten Bonde is a skilled art director with twenty years of experience developing advertising campaigns for brands in Denmark and abroad. He’s worked with both large and small companies and most recently has been responsible for a number of successful LEGO commercials and animated short films. Oh, and he’s legally blind!

Morten has Retinitis pigmentosa, causing him to slowly lose his sight. In 2016, his vision was so severely reduced that his life couldn’t continue as before. His whole world collapsed.

In his talk, Morten shares how he decided to see possibilities rather than limitations. He tells how he moved from depression and stress to once again serving as Senior Art Director at LEGO despite his visual impairment and that the key to such a transformation lies in the ability to focus on the good in life rather than the bad.

Today Morten has an active career in the LEGO Group, and is a published author and motivational speaker on self-management and self-motivation. 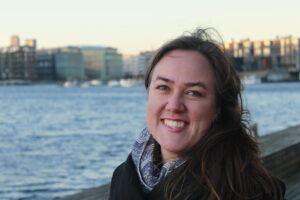 Social skills are ubiquitous in all our interpersonal relations and interactions. Whether it be greeting someone on the street, interacting with fellow students or coworkers, or establishing friendships. Social skills are not innate abilities, they are developed and adjusted throughout our lives both verbally and through nonverbal signals and observations.

Research shows that young people with visual impairments have more difficulties compared with their non-visually impaired peers in social skills. As a result, they often experience a lack in social relations and loneliness. It is therefore important for both the young person but also people around them to have a focus on aiding the development of social skills.

My talk will elucidate the scope of the challenges and will present methods to how we as professionals can help and support the development of social skills. My talk will be based in the latest development in research as well as personal experiences from working with young people with visual impairments. 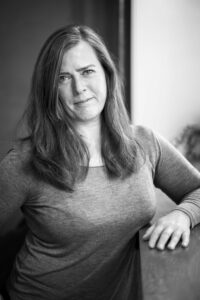 The talk will introduce Universal design as a potential for a new and interdisciplinary way of considering users, abilities and equality.

Universal design offers a new approach to understanding user needs, diversity in abilities and human beings in general. It is a fairly new concept, often mis-interpreted as a new version of ‘disability access’ and not as it was originally intended; a whole new take on how we design for equality and dignity. Furthermore the talk will present Universal design as a key means to ensure the pledge to Leave No One behind, which is a core principle of the UN Sustainability Development Goals and the 2030 Agenda.

Visual perceptual deficits are common following brain injury and often have wide reaching consequences on the lives of the affected and their relatives. In order to provide appropriate interventions and care, in depth assessment of the integrity of the visual perceptual system is crucial.

After providing a short introduction about the visual perceptual deficits commonly seen following brain injury (visual field deficits, visual agnosias, neglect, etc.), the talk will focus on the importance of taking a patient’s cognitive strengths and weaknesses into account when carrying out assessments of visual perceptual functions and when designing intervention.

While the talk will primarily focus on the field of acquired brain injury in adulthood, many of the considerations discussed are also relevant for clinicians working with children and adults who have atypically developed brains or who suffered from brain damage early on in life. 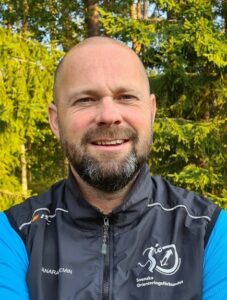 Feel secure about finding places you have never been to before.
To be able to discover, explore and see things you have not seen before.
Show your teacher that everyone, with the right conditions, can read a map.

All these things give the individual increased self-confidence and self-esteem. It is also these three parts that are the basis of the project, VägVisaren, for which I am the project manager. The project is in its third and final year and I will during the congress share experiences based on this work.

Although the tactile map has been important in the project, the focus during this talk will be on how visually impaired people can get to new places with the help of sound. A free iOS-based app, allow you to set multiple virtual beacons that will lead you to wherever you want to go.

I am a schoolteacher and an orienteer with the goal to see “Orienteering for people with visual impairment” becoming a sport but most of all to enjoy the satisfaction when helping visual impaired people to take lead in finding and exploring new places on their own or with friends. 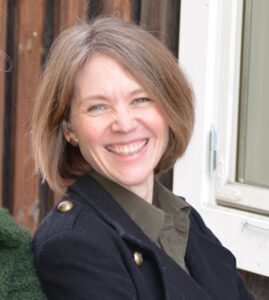 The leading cause of brain disorder is stroke, and visual impairment (VI) affects more than 60% of all stroke survivors. In Norway and Denmark, approximately 12,000 people are affected by stroke each year, in Sweden over 25,000. The most common VIs include visual field loss, eye movement disorders, reduced visual acuity and perceptual deficits such as neglect.

VI is associated with increase in falls, reduced outcomes of rehabilitation, activities of daily living, fatigue and mental distress.

Failing to identify VI after stroke can have a severe negative impact on the persons’s coping, further recovery and quality of life. Learning to live with a visual loss is a comprehensive and complex task closely intertwined with existential and social aspects. Regardless of severity, much can be done to recover from or improve VI through vision rehabilitation. Several studies conclude that assessing visual functions will raise self-awareness, that visual compensatory training is useful for vision outcomes, for rehabilitation of other consequences of stroke and the overall rehabilitation process. Despite this, impaired vision is one of the most commonly overlooked and under-treated conditions following stroke, and there is a lack of awareness, attention and competence among  stroke specialists and municipal health care services in this subject.

One reason is that many people do not think that it is related to the stroke, and many people do not know that such sudden changes in vision can be a sign of an acute stroke that requires rapid admission to hospital for optimal treatment. Another problem is that vision problems are often poorly identified and treated while they are in hospital, and that there is a lack of provision for vision rehabilitation after discharge. Therefore, vision assessment is necessary to identify vision problems and referral for further treatment, rehabilitation and follow-up. Further it is necessary to collaborate across health- education and welfare disciplines and sectors.

This talk will present our experiences with working together to implement structured vision assessment, how this knowledge is used in the Norwegian Vision in Stroke (NorVIS) network, new research and an example on a priority setting partnership to identify new research areas from stroke survivors, their family and professionals.